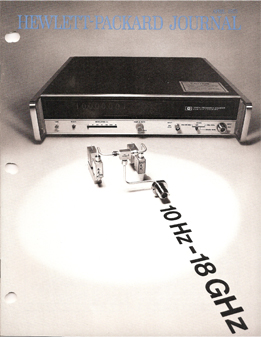 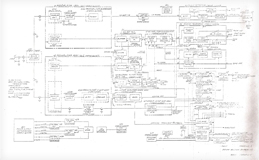 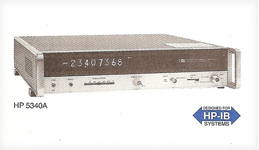 Fig. 3: Image from final appearance in the 1994 HP Catalog

Measuring frequencies from low audio all the way to microwave has always required many different counters or counter plug-ins, a good deal of range switching and cable changing, and at least -7 dBm (100 mV) of signal. Not any more…”

This quote from the April 1973 issue of the Hewlett-Packard Journal described the company’s newest and most innovative frequency counter of its time. As seen in the image right, the HP5340 was featured on that issues cover. The cover also shows the instruments power splitter and two wide band thin-film hybrid samplers.

Developed at the Santa Clara Division, it was introduced in 1972 and brought automatic, precise frequency measurement to the microwave community for the first time. With a range of 10Hz to 18GHz it cost $5,340 at the time of its introduction in 1972 and remained in production for 22 years.

Among its features the HP5340 was also compatible with the new HP Interface Bus system that allowed it to be integrated into an automatic measurement system of up to 15 devices.

The article in the HP Journal was written by the HP5340’s project manager, Dick Schneider. His key collaborators on the project were Roy Van Tuyl and Al Foster. The team (seen here in 1972) responsible for its development included Jerry Merkelo and Bob Hall who developed the thin-film sampler; Art Bloedorn who developed the phase-lock loop; Al Foster for his work on the bus interface design; Rory Van Tuyl for the design of the sampler driver, VCO’s and direct count amplifiers; Bob Maldewin for the power supply design; Glen Elsea for the mechanical design; and Dick Goo who worked as the engineering aide and technician for the project. 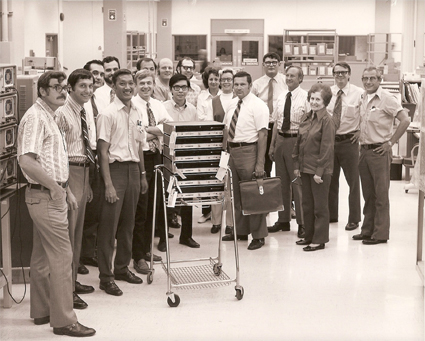 Although the HP5340 was discontinued in 1994 it’s many years in production serve as a testimony of the strength of its design.